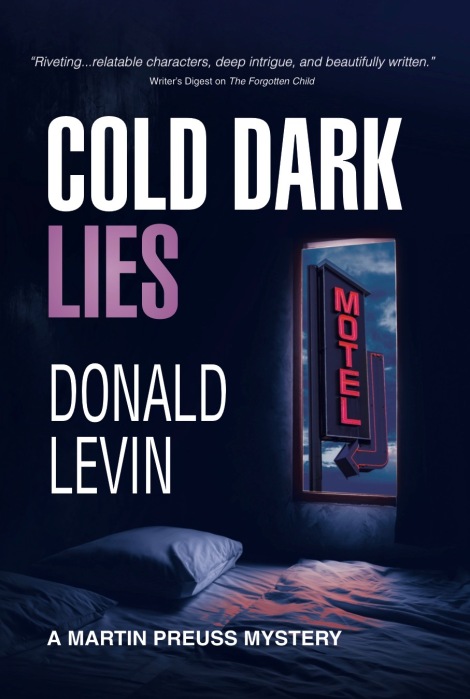 My newest entry in the Martin Preuss series, Cold Dark Lies, is now available in print and Kindle.

Cold Dark Lies is a timely and engaging story, taking on the opioid crisis and gang violence, among other current issues. In the novel, when distraught Carrie Morrison hires private investigator Martin Preuss to find out how her younger brother wound up clinging to life in a suburban Detroit motel, the detective thinks the story will be a familiar one—a young man takes a walk on the wild side and pays a terrible price. But the deeper Preuss digs, the more he realizes that nothing is as it seems in the brother’s world of secrets and lies.

An award-winning fiction writer and poet, I am also the author of The House of Grins (Sewickley Press, 1992), a novel; and two books of poetry, In Praise of Old Photographs (Little Poem Press, 2005) and New Year’s Tangerine (Pudding House Press, 2007). I am Emeritus Professor of English and retired Dean of the Faculty at Marygrove College in Detroit. I live in Ferndale.

Cold Dark Lies is available on order through bookstores and online at amazon.com and barnesandnoble.com, as well as directly from me.

A prize-winning fiction writer and poet, Donald Levin is the author of six Martin Preuss mysteries: Crimes of Love, The Baker's Men, Guilt in Hiding, The Forgotten Child, An Uncertain Accomplice, and the newest, Cold Dark Lies. He is also a contributor to Postcards from the Future: A Triptych on Humanity's End, and has recently published a sequel to his contribution, The Exile. He is also the author of The House of Grins, a novel, and two books of poetry, In Praise of Old Photographs and New Year’s Tangerine. He lives and writes in Ferndale, Michigan, the setting for the Martin Preuss Mysteries. View all posts by Donald Levin