On occasional Mondays, I’ll be featuring other authors on my blog—authors who produce quality work outside the boundaries and strictures of the traditional mass-produced, mass-marketed commercial publishing world and traditional bookstore shelves.

I’m delighted that today’s featured guest is the multitalented novelist, short fiction author, storyteller, and humorist Randy D. Pearson. Randy is the author of two novels, Driving Crazy (2015) and Trac Brothers (2018), and a book of short stories, Tell Me a Story (2016). Randy’s writing has been featured in numerous publications, including the Washington Square Review, Pets Across America: Volume 3, Small Towns: A Map in Words, Seasons of Life, Voices from the Ledges, Fiction 440: Volume 1, and Retrocade Magazine. 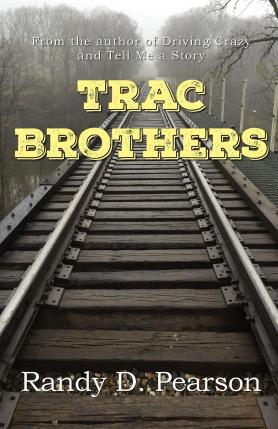 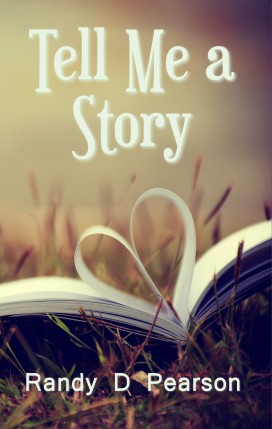 Recently I posed some questions to Randy. Here’s what he told me.

DL: Randy, welcome. Could you tell us a little about yourself?

RDP: Why sure! I was born in a horse stall in Wyoming . . . wait, that wasn’t me. I busted out of a giant egg . . . no, that can’t be right. My best guess (after all, I was pretty young back then) is that I entered this world in Lansing, Michigan, probably in a hospital of some sort. With an artist father (commercial artist, professor, and a marvelous painter) and an imaginative mother, creativity surrounded me. Though I couldn’t draw well—who gets a D in art?—I found I had a talent for concocting weird, unique ideas, and eventually became proficient at putting them into words. I now have three books in the world, one of which (Tell Me a Story) is my short story collection, cataloging thirty years of my work. The other two are full-length novels—Driving Crazy is a road trip comedy and Trac Brothers is an action adventure with some humor and a little bit of Michigan history.

A lifelong Michigan resident, I currently live out in the country with my wife of five-and-a-half years, a lovely stepdaughter, and four calico cats.

DL: Tell us about your latest book and works in progress. Where did the ideas for those works come from?

RDP: My latest novel, Trac Brothers, hit the shelves in 2018. It’s the story of two brothers who inherit a fully functioning 19th century handcar (like the railroad industry used back in the day). Jam and Jax find themselves stranded in the town of Manton, Michigan, and realize the only way they are going to get back home to Lansing is to put the unwieldy beast on the train tracks, and have the adventure of a lifetime. This novel has been so well received that the sequel (TB II: Santascoy’s Revenge) is in the works, hopefully for a 2020 release.

The idea for Trac Brothers flooded my brain one day while parked at a railroad crossing. The gates came down, but the train hadn’t shown up yet. My mind wandered back to the old silent films, and I thought how funny it would be if two guys came slowly pumping past in a handcar. The story blossomed in my head, and I sat there mentally writing it, until cars behind me started honking! The train had come and gone, and I sat there dreaming of brothers with a handcar.

DL: Why do you write? What do you hope to accomplish with your writing?

RDP: My brain has a condition that I call “What-If Syndrome.” When some mundane thing happens in my life, I immediately spin off into some sort of wild tangent . . . what if THIS would’ve happened instead? I have also missed the ending to countless movies and TV shows because I’m mentally creating a “much better” story than the happenings on the screen.

I write because if I don’t get these ideas out of my head, they won’t stop bouncing around! Ideas from twenty+ years ago still nag and pick and needle at me! Eventually, I have to say ENOUGH and let them out.

As for what I hope to accomplish, simply enough, I just want to entertain. I don’t care about being rich, and my wife says I’m not allowed to become famous. I just want people to hear or read my stuff, and come away feeling like it was time well spent.

DL: Please talk a little about your writing process. What is your favorite part of the process? Least favorite?

RDP: As you can gather from my previous responses, I usually write stories in my head first, long before I ever enter them into my computer. For short stories and for my first novel, Driving Crazy, I generally write them completely in my brain, let them percolate and circulate for several days (or weeks . . . months . . . years . . .). I find I can’t start writing a story if I don’t have some idea how it ends. I hate writing myself into a corner! However, with Trac Brothers, I finally had to start putting the ideas down in sections due to the scope and complexity of the story. I tried doing an outline, but that wasn’t working for me, so I ended up writing a five-page synopsis of the entire story—essentially a short story version of the novel, hitting the high points. That helped me to keep on track, so to speak.

My favorite part of the process is seeing how the story and the characters develop. I can’t tell you how many times characters have done things I didn’t expect them to do. It’s the coolest sensation!

Least favorite has to be editing. I hate cutting my babies! Though I tend to keep the purged bits and put them on my website—if movies can have deleted scenes, why can’t novels?

DL: Could you reflect a bit on what writing or being a writer has meant for you and your life?

RDP: For me, writing has always been a release—getting these wacky and wonderful ideas from my brain to a computer screen or page. When I was young, I didn’t write for others, only for me. In my teens, I would hand-write my stories, or type them on my Atari 400 computer and print them on a dot-matrix printer. Sometimes, if I felt brave enough, I would show them to family and friends. They would generally say something like, “This is cool,” or “how fun,” and that would be the end of it.

In my late teens and early 20s, I started posting my short stories on my BBS (Bulletin Board System, the precursor to the Internet). I ran a couple of BBSs with my various Atari computers—one called Magrathea and other The Fletcher Memorial Home. Again, people would read the stories and give me vague platitudes and verbal pats upon the back.

It was only when I joined Writing at the Ledges, the phenomenal writing group out of Grand Ledge, Michigan, did I finally start receiving constructive criticism and honing my craft. This led me to become a published author in 2008 when they released the first of their group anthologies, Small Towns: A Map in Words. I learned how to format, how to edit critically, and how to market /sell. With this understanding of how to publish under my belt, I was able to bring Driving Crazy to the world in 2010. Today, people have read my stories and articles in a couple dozen periodicals, anthologies, websites, and magazines.

In terms of what it means for me to be a published author, it has given me a great number of gifts. I’ve done hundreds of events since my first one at the 2008 Grand Ledge Island Art Fair. Being in front of people, reading stories or hawking my books, is an exhilarating experience that would’ve terrified the younger me. I enjoy entertaining, and am delighted that my stories have brought elation to so many people. I’ve met dozens of authors and readers, many of whom are now dear friends . . . and in one case, even more. During an author event at Everybody Reads in Lansing, the owner introduced me to a wonderful woman named Wendy. A couple years later, she became my wife.

DL: What are links to your books, website, and blog so readers can learn more about you and your work?

RDP: My website is https://www.randydpearson.com. Here readers will find links to my three novels, including excerpts and those fun deleted scenes, as well as short stories, articles, pictures, and a list of events.

My books are also available on Amazon. My author page is https://www.amazon.com/Randy-D-Pearson/e/B01DPZ04WA.

A prize-winning fiction writer and poet, Donald Levin is the author of six Martin Preuss mysteries: Crimes of Love, The Baker's Men, Guilt in Hiding, The Forgotten Child, An Uncertain Accomplice, and the newest, Cold Dark Lies. He is also a contributor to Postcards from the Future: A Triptych on Humanity's End, and has recently published a sequel to his contribution, The Exile. He is also the author of The House of Grins, a novel, and two books of poetry, In Praise of Old Photographs and New Year’s Tangerine. He lives and writes in Ferndale, Michigan, the setting for the Martin Preuss Mysteries. View all posts by Donald Levin